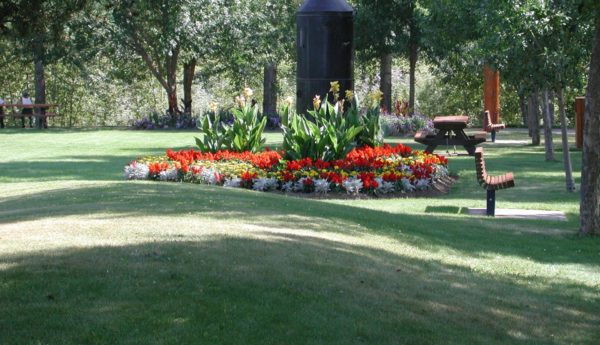 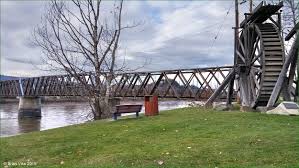 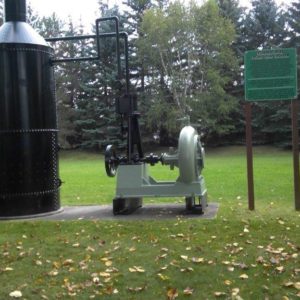 Doesn't Meet Code
This is the starting point of the rive Read more...

N/A
There is no camping at this location Read more...

Meets Code
The park is located along the Fraser R Read more...

N/A
Water access is not available at this Read more...

Ceal Tingley Memorial Park-Heritage Corner is located in Downtown Quesnel which is the commercial and administrative center of the city. While not in their original location, the artefacts are a physical reminder of the people and industries that shaped the development of Quesnel.

The park is named for Ceal Tingley who was born in 1913. He arrived in Quesnel from the Queen Charlotte Islands with his pioneering parents, Freeman and Bertha (Litke) Tingley in 1920. The Tingley family were welcomed at the ferry by John A. Fraser. They built a log house on their small farm along Baker Creek in West Quesnel. The family lived there until Ceal’s father died. Ceal worked as a janitor in the school, farmed the family homestead, hauled wood to the mines and freight to work camps. In the 1950s, Ceal ran as a Conservative in the Provincial election. From 1970 to 1976, Ceal was the Mayor of Quesnel. The Tingley family is recognized for their contribution to the development of the community with a street named in their honour. Ceal Tingley Memorial Park acknowledges the valuable role Ceal Tingley played in growth of the city.

Ceal Tingley Park is a lovely green space along Front Street and at the start of the Riverfront Trail system that invites you to pause and admire the flowers. There is a wide, paved path through the park that goes past several historic monuments and then connects with the Riverfront Trail system. The path is well defined, with no overhead obstructions, making it a pleasant place for the visually impaired and wheelchair user. Ideally the existing extended tables and the benches would be connected with the paved path, including a portion wide enough to accommodate wheelchair users. This would improve the accessibility for everyone.

This is the starting point of the riverfront trail system near the Moffat bridge approach. The surface is comprised of asphalt which is old with tree roots and heaves. There are no defined access routes to the picnic tables or the heritage displays which are located on concrete pads in the middle of grass park land. Download Full Accessibility Audit

There is no camping at this location Download Full Accessibility Audit

The park is located along the Fraser River with plenty of pleasant views of the surrounding area. Download Full Accessibility Audit

The trails/paths are typically paved, with a flat & gentle running slope of 2 to 3 degrees or less where the trail starts. There are roots disturbing the pavement in some spots with the spacing as tight as 800 mm. Download Full Accessibility Audit 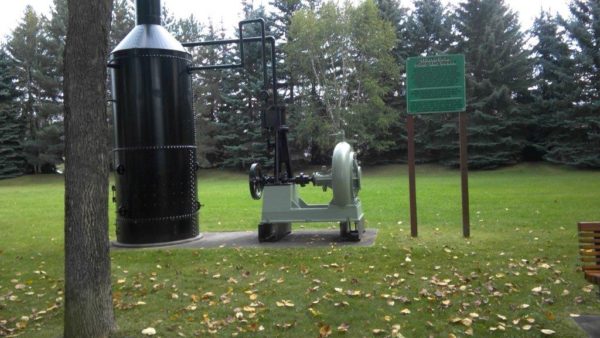 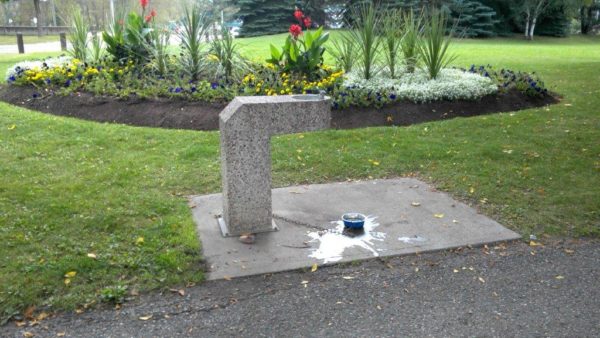 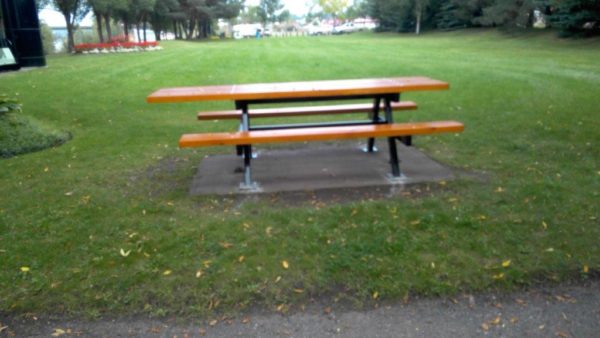 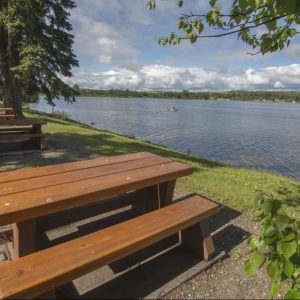 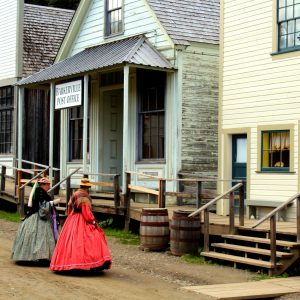 Barkerville is the largest living-history museum in western North America with a streetscape of over 125 heritage buildi ... Read More -> 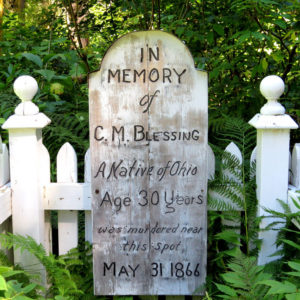 Blessings Grave is BC's smallest provincial historic site. It is located on Hwy 26 on the road to Barkerville, 44 km eas ... Read More ->